Washington, D.C., February 1, 2017 — Yesterday the Board of Directors of the Catholic Theological Society of America released a statement urging President’s Trump’s Executive Order on Refugees and Migration to be withdrawn, as it is morally unjust and religiously dangerous. The order “conflicts starkly with the religious and ethical values held in the Roman Catholic tradition.”

As the Board of Directors of the Catholic Theological Society of America, we judge President Trump’s Executive Order on Refugees and Migration to be morally unjust and religiously dangerous. We call for it to be withdrawn and for its implementation to be stopped.

On January 27, 2017, President Donald Trump signed an Executive Order denying all refugees admission to the United States for at least four months and forbidding the admission of refugees from Syria for an indefinite period. This Order also banned the entry of citizens from seven predominantly Muslim countries.  There has been widespread protest against the Order, including demonstrations at airports and in the public centers of a number of major cities in the United States and other countries.

Numerous religious leaders have objected to the Order. Regrettable confusion marked the creation, promulgation, and enforcement of the Executive Order. There is continuing uncertainty about the persons to whom it applies. Several federal courts have temporarily enjoined enforcement of the order. Legal advocates are raising basic constitutional challenges.

The Executive Order conflicts starkly with the religious and ethical values held in the Roman Catholic tradition. Our faith calls us to welcome the stranger in our midst. The seriousness of this duty is indicated by the fact that the command to “love the stranger” appears no fewer than thirty-six times in the Old Testament/Hebrew Bible (e.g. in Exodus 23:9, Leviticus 19: 33-34, and many other places). In the New Testament, Jesus teaches that what we do to the stranger in our midst we do to Jesus himself (Matthew 25: 40 and 45). Our biblical faith calls us to treat refugees and migrants very differently than the Executive Order is treating them.

Our duties to refugees and other severely vulnerable migrants is also based on the conviction that every man, woman, and child is created in the image and likeness of God and has a dignity that must be respected by all. When persecution or war severely threaten persons’ dignity, we have a duty to provide assistance, whether the threatened person is a citizen of our country or from elsewhere. Respect for the human dignity of those fleeing grave danger and seeking new homes in the United States in the past has led to our country being called “the mother of exiles.”

The Executive Order contravenes both the values advanced by Christian faith and the commitments that have made the United States so attractive to those in need and danger. It threatens to make the United States feared and despised rather than admired and respected. Such a change, if it continues, will have lasting negative impact of U.S. relations with peoples in the rest of the world.

We recognize that people of every country have special duties to their fellow citizens and must regulate their borders to insure the safety of their people.  National borders, however, never set absolute limits to our moral duties to other human beings, especially when they are in great danger.  Both our faith as Christians and our recognition of the common humanity of all people call us to resist any suggestion that only fellow citizens count.

When the need of those in other countries is great, and when we have the capacity to assist, obligation reaches across national boundaries and we have a moral duty to assist those in especially great danger or need. The number of refugees in the world today is higher than at any time in recent history, their needs are great, and the United States has the capacity to provide assistance. Syrians are in especially great need of protection and assistance. A policy that suspends the resettlement of refugees, even for a time, and that entirely excludes Syrians is therefore a grave moral failure.

Many members of the Catholic Theological Society of America teach in colleges, universities, and seminaries across the United States and elsewhere. Those of us who work in U.S. institutions of higher education have colleagues and students from other countries, some from the Islamic world. We know the fear and apprehensions that the Executive Order has brought them, especially those who are Muslim.

As theologians, we seek to advance interreligious understanding in ways that will enable the great faith traditions to make stronger contributions to peace and justice in our world. The presidential directive, by explicitly excluding migrants from a number of Muslim countries, threatens to undermine our efforts to enhance mutual understanding between Christians and Muslims.  It threatens to bring negative consequences for the peace and justice the United States and the world deeply need.

As a Society based in the United States whose members are Christians and theologians, we object to the president’s Executive Order on both moral and religious grounds. Morally, it violates both the norms of Christian ethics and the human rights that all can affirm no matter what their faith. Religiously, it threatens to deepen fears that the United States is an adversary of Islam and to exacerbate interreligious conflict.

We call on the President to reverse his directive and to reopen our borders to those whose lives and freedoms are in grave danger. We call on legislators to take action to require this reopening. We urge courts to recognize that respect for human rights requires us to receive refugees and never to compel refugees to return to places where their lives and dignity are threatened. We invite fellow Catholics, other Christians, those of other faiths, and all committed to humanistic values to join us in responding to the needs of refugees and other migrants in a way that helps protect their human dignity. Let us work together to replace walls of division and exclusion with bridges of understanding and respect. 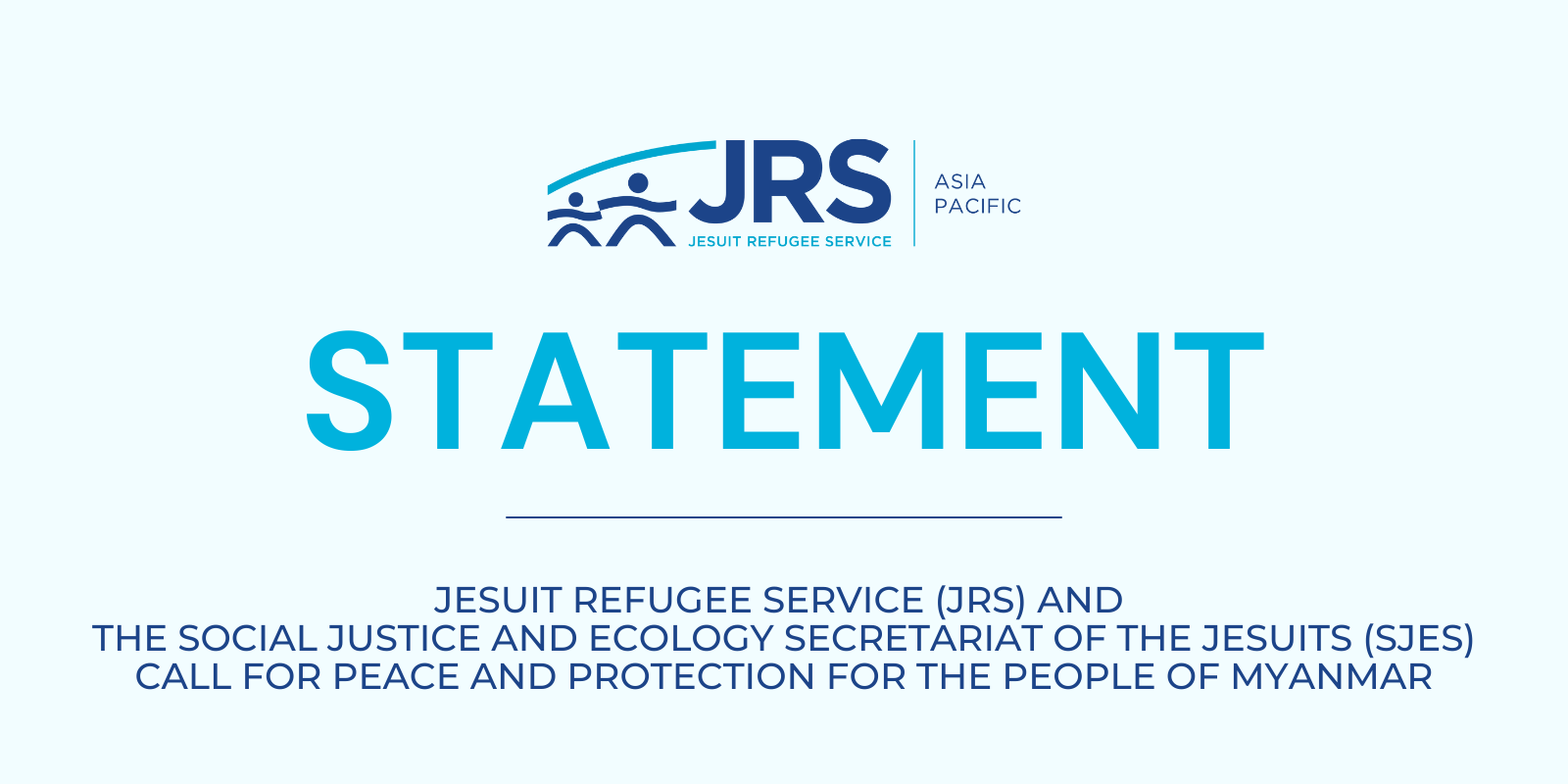